The topic of putting limits on kids and video games is extremely polarizing.  One side says, “My kids have no limits.  They can play whenever they want, for as long as they want.”  The other side states, “We do not have video games in our home and my children are forbidden from ever playing them.”

I’ll be the first to admit that most of us fall somewhere in the middle of the spectrum.

Without question, my boys have learned excellent skills such as role-playing, situational decision-making, and using their strengths from playing video games.

But, I’ve also seen some negative behaviors that are a direct result of video game play.

Do We Need Limits?

Whether we are talking about our own physical limits or something as simple as the speed limit, there is comfort in knowing the parameters. This allows us to have the confidence to push forward and make choices that coincide with those expectations.

Nothing is more frustrating than to be in a situation that is as variable as the wind.  You’re constantly wondering if the choices you’re making are right or wrong, and really, it just depends on the day.

So, knowing that you cannot lift a 50 lb. bag of dog food without a bit of help will keep you from getting hurt.  Knowing that the speed limit is 20 mph through a school zone will protect you and others.

Yet, overall, the word “limit” has a negative connotation.

Many people get frustrated when they hear about limits because they feel like it’s a way to stifle them or keep them from doing fun things.  But, in reality, this could not be farther from the truth.

Limits are merely the farthest points or boundaries to which you can go and still be safe.

And contrary to everything they will tell you, kids actually like limits and consistency.

So, the question remains…

Should we put limits on the amount of time our kids spend gaming and the types of games they play?

The obvious answer is yes, but how that manifests itself is going to be very different for every family.  Remember, you know your kids, and therefore, you’re the best person to choose what limits need to be in place.

You can go online and Google guidelines for video games and you will find all kinds of “expert” answers to this question.

There are guidelines that give general numbers about the amount of time children within a certain age group should be playing video games.

And this is definitely a good starting point, but as the parent, you need to be the one to make the final decision on the amount of time your kids spend gaming.

There are a couple of things you might want to consider.

The amount of time is completely up to you.

When school started this year, we put a new limit in place for our boys that said, “No video games during the week.”

And while they were completely shocked and dismayed to hear this, our homeschool year has been more productive than any previous year.  I wrote an entire blog post about why we chose this particular limit and what we’ve learned through the process.

But, regardless of the amount of time you allow, make sure that you’re super clear and consistent with the limits you place on video game play.

Putting Limits on the Types of Games Played

There are so many video games and gaming systems on the market today that keeping up with which games are “appropriate” is a full-time job.

However, there are ratings on every game that indicate what might be of concern for you as the parent.  If you want more clarity on what the ratings mean, you can check out the Entertainment Software Rating Board at https://www.esrb.org.

This is always the first thing I look at when my boys are interested in playing (and potentially buying) a new video game.

But, I don’t stop there.  After that, I also read the areas of possible concern.

You see, kids (and ESPECIALLY boys) are very visual creatures.  So, the images they see in video games get replayed in their minds over and over.

And to be completely honest with you, my husband and I are VERY PARTICULAR about the games our boys play and purchase.

Putting Limits on Our Boys

In fact, I will just tell you…my kids DO NOT play games rated “Mature.”  PERIOD.

I don’t believe that allowing them to listen to foul language, see pornographic images, or be engaged in illegal or deadly activities is acceptable…even in middle school and high school.

And, while I am very aware that not every “Mature” rated game has all of these components, we have set very clear limits about what games our boys can play and which they cannot.

So, when we go to the gaming store, they already know which games are considered acceptable to purchase.  This cuts down on the amount of whining, complaining, begging, and ultimately, extreme frustration.

We have a very clearly stated limit that they know.

Yes, we occasionally have to revisit the limit we have in place and why we drew the line in the sand on that particular game.  This is especially true when a new game comes out that “all the kids” have or are playing.

And at this point, you might be thinking, “Come on, Jennifer.  They see and hear worse things around other kids their age.  And, if you tell them they can’t have something or do something they are just going to want to do it more when they aren’t at home.”

So, here are my thoughts.

BUT, why would I encourage them to be involved in these things?

It’s no different than buying your kids beer at 14 because they want it.  You might be thinking, “Yeah, but that’s illegal!”  And, you are completely correct!

But, so is stealing cars, killing police officers, and getting involved with prostitutes…yet, these are the immersive environments that some of these games provide.

How Our Attitudes Affects Limits

My husband and I are not dictators that just tell our kids what they can and cannot do without any explanation as to WHY we don’t want them playing those games.  Just barking out rules and limits to your kids is the best way to encourage rebellion.

Conversations about what is acceptable and what is not acceptable are key to setting limits!

If I told my son not to go to the edge of a cliff because I forbid it, he is automatically going to think there must be something there that he needs to see.  He will be drawn to the edge of that cliff like a moth to a flame.

But, if I explain to him that there is a huge rattlesnake sitting on the edge of the rock, he is much more willing to comply with the limit.

However, I wouldn’t just walk away from my son and expect him to simply follow my direction.  I would be sure to stay with him until I knew that he was capable of making the right decision.

Putting Limits on Which Games They Can Buy & Play

We actually talk about the content within those games that is contrary to what we want them to learn.

We discuss the fact that once you see something, you can’t undo it.

We are not the type of parents who want our kids to be completely oblivious of the reality outside of our home.  However, encouraging them play video games that portray behaviors, activities, and images that are wrong and inappropriate is NOT healthy…and we tell them that!

As parents, we are called to teach them right from wrong, and I found an intriguing article from the American Academy of Pediatrics (AAP) that discussed our duty as parents when it comes to choosing the video games our kids play. You can check that article out here.

Ultimately, putting limits on kids and video games has everything to do with

But, being a parent and making the best decisions for your kids and family is rarely easy. However, it’s completely worth it. 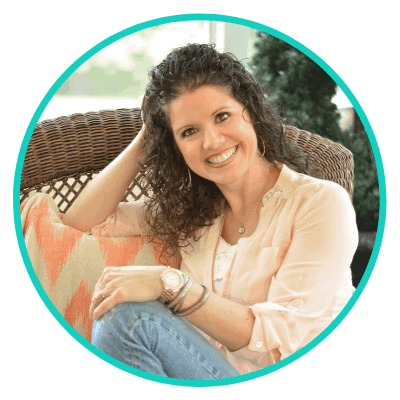